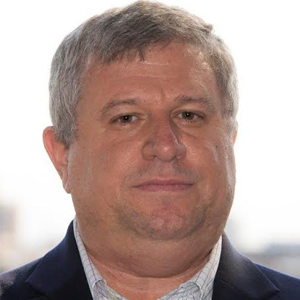 The telephone dominated business communications for almost a century. As technology advances, it seems that each step is determined to bury real-time voice communications. Starting with the answering machine in the late 20th century, then email, and finally voicemail and messaging, the phone call went from universal to universally answered by a machine.

Once voice mail was massively integrated into the corporate world, it was clear that it was getting harder and harder to get people on the phone. About 80 percent of your calls to fellow employees would end up in their voice mail, which meant that our daily routine included checking an inbox.

E-mail introduced yet another inbox to monitor and provided a different challenge due to volumes. That problem was solved relatively early with the ability to access the e-mail inbox often, remotely and securely.

Having two inboxes was sufficiently inconvenient to drive people and vendors to look for a unified inbox solution, aka a Unified Communications (UC) solution.

When VoIP was invented by VocalTec in the mid-nineties, it brought voice communication and voicemail into the same network as e-mail. At that point, it was clear that it could provide the missing link that could make the UC dream a reality.

Having two inboxes was sufficiently inconvenient to drive people and vendors to look for a unified inbox solution, aka a Unified Communications (UC) solution

Technologies such as Call Management Agents (CMAs) were proposed and patented by VocalTec. CMA enabled a VoIP-based phone system to know where the person is even when that person is out of the office. CMA provided the caller or the callee options to direct calls to a device where the callee can either answer or avoid the call or to a voice mail that can deposit the message to a unified inbox as an e-mail.

At the same time, Internet-based fax solutions started to emerge that bypassed international calling rates using store and forward technologies. Even more importantly, it eliminated the need to receive a fax on paper. Users could now receive faxes in their UC inbox or send a fax from the UC client.

The introduction of instant messaging (IM) to the masses by ICQ about 20 years ago presented another coveted communication element, Presence, that showed you whether the other person could receive a message or a call at any given moment.

Over the years many attempts were made to build UC systems. Most were closed systems that at best were able to integrate with other popular enterprise systems. Avaya, Microsoft, and Cisco were the big players, to name a few.

While most VoIP companies were chasing standards like SIP or others, Skype came to be in the early 2000s and showed the world that by creating a silo encompassing voice, IM, presence, and later even video you can amplify viral distribution. By making your software proprietary, people were forced to tell their friends to download the same application to be able to talk or leave messages with one another. Skype and other software like it didn’t have e-mail or fax, but they did offer file transfers.

The Skype silo model became the gold standard for any application that wanted to enjoy low-cost viral distribution. The first rule was, make it proprietary. Patent holders of video and audio codecs (compression algorithms) that are needed to compress the data of voice or video calls did not help either. If you wanted to comply with a standard you had to pay royalties, which forced companies that wanted to provide free service to come up with more and more proprietary technologies that were not compatible with one another on the protocol level or the codec level.

Not long ago, Google decided to solve the free problem and acquired several companies that owned patents in the audio and video codec space and pushed the communication technology even further. Google introduced WebRTC an open source, royalty free framework to help anyone come up with its own free proprietary communication product.

At this point, I believe, the UC dream had vanished.

Facebook Messenger, Whatsapp, Hangouts, Vidyo, Phone.com OpenTok, TurboBridge, and Sansay, to name a few, are playing in the WebRTC space and all have WebRTC products that do not speak to one another. Others like Skype & Facetime are yet another two silos.

The only common denominator between WebRTC applications is that that they all let you send your messages to your choice of an e-mail system. The above is not the UC dream we all wanted. The UC dream where I could have a single mailbox, presence, chat, voice, video, screen share and an e-mail client, all using a client program of my choice. The UC dream that would allow me to talk to anyone in the world and see Presence information of people who might be using a different client software and network than the one I am on.

Anti-silo was and still is the holy grail of UC. However, at this juncture in time, I honestly don’t know what will it take to make that dream a reality. Nothing in business today suggests that it will happen soon, yet the UC true believers continue to hold out hope.

The Need For Data Integration And Apis In Today’s Benefits...

How To Implement A Successful Data Strategy: A Success Story

Model Implementation: On The Psychology Of Large-Scale Technical...