“One of the things I love about being here at MailChimp is that we have this shark mentality— we can’t stop swimming,” declares Eric Muntz, Vice President of Product, MailChimp. Applying a similar approach in an environment that calls for a better way to enable interaction between elements of solution, MailChimp offers a proficient Application Programming Interface (API) that offers a consistent and programmatic method for accessing a resource. This results in enterprises gaining benefits such as improved software abilities and competent outputs. “Some firms may be reluctant to release a new API because of all the people who are used to the existing one,” reveals Muntz. MailChimp rather releases a new version and makes all the people who wanted an update happy, and then through marketing, encourages the other folks on older versions to use the new one.

“Additionally, today’s software developers are bogged down by ever-changing set of API practices. The minute an API is released, it becomes a technical debt for professionals,” says Muntz. He adds, “Developers trying to incorporate the latest practices into their version of API face difficulties similar to, changing the wheels of a moving bus!” MailChimp, at this critical juncture, provides the updated versions of API that offers features such as in-depth documentation, download section for wrappers and how-to-do information pieces. The company offers these advanced features by assimilating the industries best API practices. Such efforts by the MailChimp result in organizations getting streamlined integration between their software components.

MailChimp provides next-generation API that effectively accesses the functionality of other software modules through well-defined data structures. Such systematic way of coordinating with other IT elements results in enterprises gaining considerable benefits such as simplicity and scalability across software operations. The company’s API demystifies the critical processes involved in API operations and offers wide range of viable features such as client portals, segment campaigns based on purchase history and subscribe forms for check out pages. 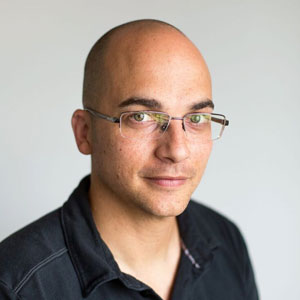 Eric Muntz, VP of Product
Additionally, the company’s API allows the organizations to sync their database with MailChimp for better list and campaign management. “Our API provides flexibility for firms who rely on customer data in multiple systems. When the data is connected, a developer can directly take content from other systems and surface it in the emails,” delineates Muntz.

Besides, the company capitalizes its years of value-based experience in spotting a trend around RESTful (Representational State Transfer) APIs. In this light, MailChimp makes use of JavaScript Object Notation (JSON) schema to define validation, documentation, hyperlink navigation, and interaction control of JSON data. “The capability of JSON schema to “play well” and be responsive with other services enables us to offer developer-friendly API,” states Muntz.

As organizations move towards embracing more agile strategies, MailChimp is sharpening their technical skills to stay relevant towards business objectives. The company, in this regard, follows their motto, ‘Listen Hard, and Change fast.’ Elucidating on this belief, Muntz asserts, “Our Company’s dedicated research team continually listens to customer needs, learns and develops innovative products.” Apart from knowledgeable research teams, MailChimp believes in the power of smaller teams to make quick transition from an idea to reality. “Our nimble teams are empowered to independently conquer new things. They don’t have to wait for permission or go through a bunch of red tape,” expresses Muntz. This core value of ‘independence’ stems as company’s key differentiating factor.

With more than eight million businesses in 200 countries already leveraging the capabilities of MailChimp’s API, the company plans to build their focus towards empowering the smaller businesses. 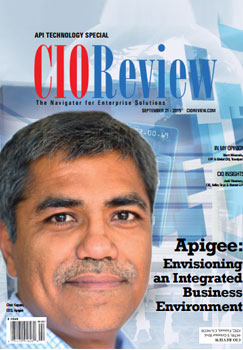